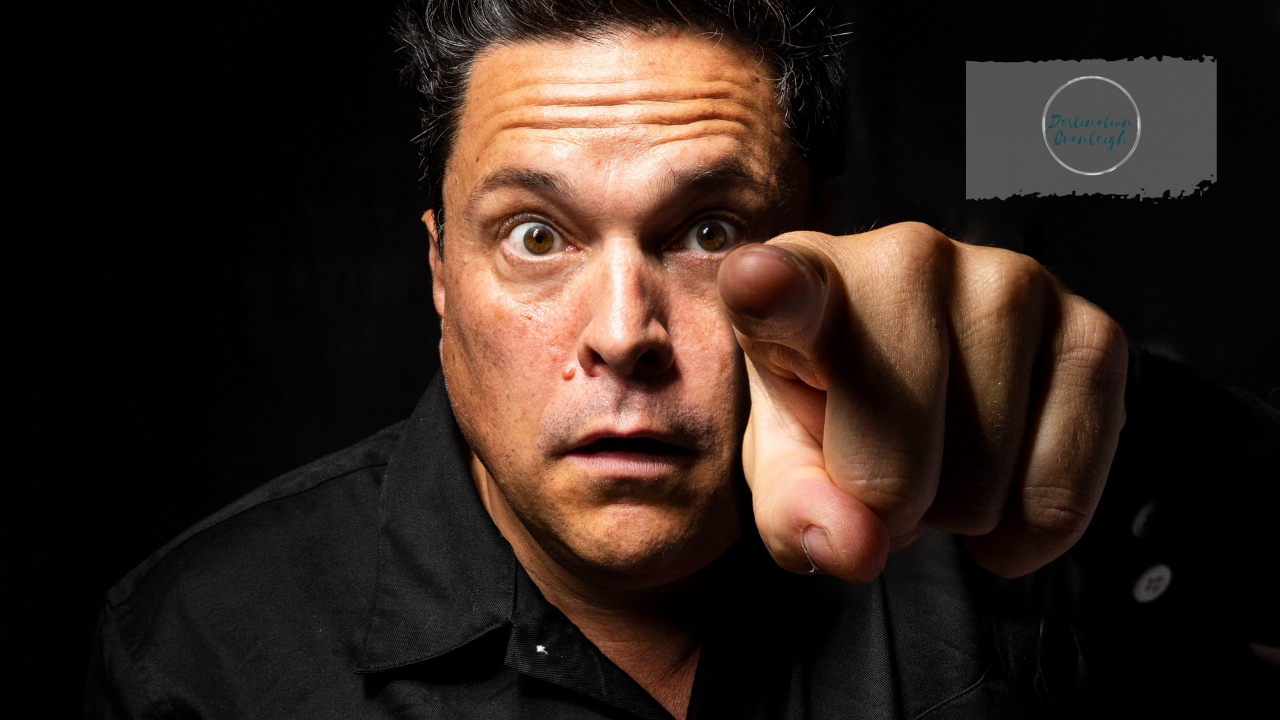 Dom Joly is best known as the creator of Trigger Happy TV. And now the writer and broadcaster is undertaking his first UK tour since 2011, giving fans a rare opportunity to see him live at Cranleigh Arts later this month.

Dom will be talking about his exploits as a serial globe-trotting and seeker of dangerous travel spots. From North Korea to Chernobyl, he’s visited some of the most unusual places on the planet.

Joly famously attended school with Osama Bin Laden and armed with a trusty Powerpoint, fans can expect his holiday snaps to provide comedy and a sense of danger.

The best-selling author will meet fans after the show to sign copies of his latest book, The Hezbollah Hiking Club.

“That changes every day, but it would probably be David Bowie’s Ziggy Stardust and the Spiders from Mars. I just think that it was the first time I stopped listening to my sister’s albums and listening to my own. Bowie did something to me that was unlike anything that had ever happened before. The first thing I ever did when I came to London was to find the street on which the album cover had been shot. I’ve got a terrible picture of me in black and white spandex trousers and a mullet, standing there.”

“It’s called The Innocents Abroad by Mark Twain. Mark Twain is know by everyone for his Huckleberry Finn stuff but he was also an amazing travel writer. What I love about him is that even though he wrote more than 100 years ago, he remains completely relevant and modern. He was going out on the first cruise ships and going round the Mediterranean. He was so rude about people and so honest. I love him.”

“Probably Betty Blue. It was a sexual awakening because she was so gorgeous. There’s also something beautifully French about it and it was dry and weird. It reminds me of places in France that I still want to go to.”

Where are you happiest?

“I’m happiest in a place that’s three hours north of Toronto called Lake Muskoka. My wife is Canadian and she introduced me to it. It’s lakes where Torontonians go for the summer. It’s like Swallows and Amazons. You just go there and sit on a boat for a month. If you asked all of my family where they’d most like to go the answer would be Lake Muskoka.”

Where would you eat your last supper?

“I love food and I particularly love Lebanese food. So, if I was eating a favourite meal, or last supper, it would probably be somewhere like Maroush, in London’s Edgware Road.”

“Getting on A View from The Boundary on Test Match Special with Jonathan Agnew. My father loved cricket and he’d just died. And I remember going on wishing that my dad had known I’d been on TMS. He would have been so proud. It was at Headingly and weirdly the first Test Match my dad ever took me to was Headingly in 1981 when Ian Botham scored 149 and England came back from the dead to win. We nearly left after the first day because we thought we were going to lose. But it was a bit like Trigger Happy TV. It all happened really quickly and I didn’t realise how amazing it all was until long afterwards. My dad told me it was like going to the casino for the first time and winning the house.”

“That’s a long list. But I guess it would be listening to other people.”

What would be on your gravestone?

“Ruined it for everyone.”

How do you relax?