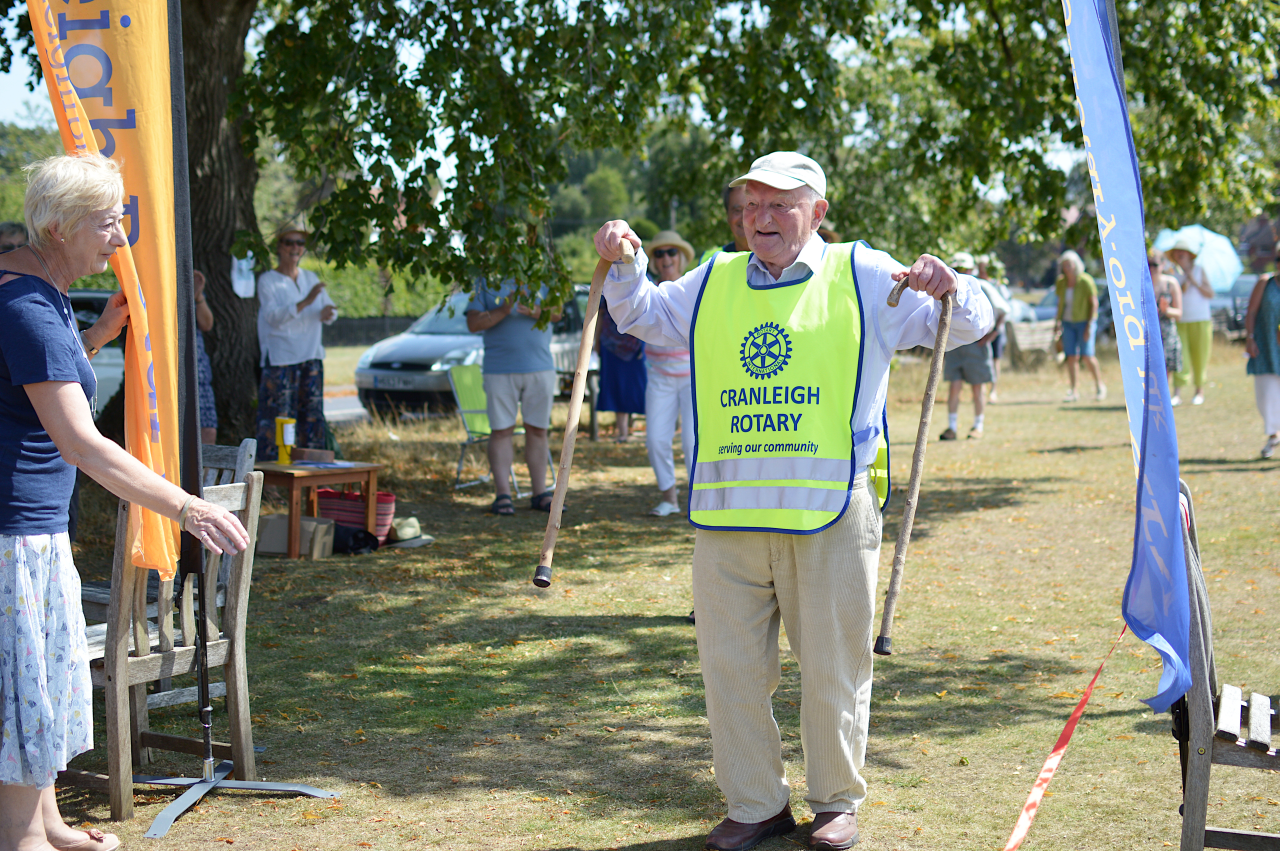 Ninety-year-old John, Cranleigh Resident and Member of Cranleigh Rotary Club, started his one circuit a day for ten days on 20th July.

By the 1st August, John had raised £3,825 on behalf of Cranleigh Rotary Club for Phyllis Tuckwell Hospice Care.

Phyllis Tuckwell provides supportive and end of life care to adult patients and their families who are living with an advanced or terminal illness, in West Surrey and part of North East Hampshire.

Every day, it supports over 250 patients, carers and relatives either at the Hospice, out in the community or in patients’ own homes.

Donations supporting the Sponsored Walk can be made until the end of August by visiting the JustGiving Page at https://bit.ly/3i61YMK, or by cheque payable to Cranleigh Rotary at Cranleigh Rotary, Twin Peaks, The Common, Cranleigh, GU6 8SE.

John’s brilliant achievement was supported each day by Members of Cranleigh Rotary, members of his family and watched by local residents.

On his final circuit around The Common, a good number of people came along “socially distanced” to cheer him home. 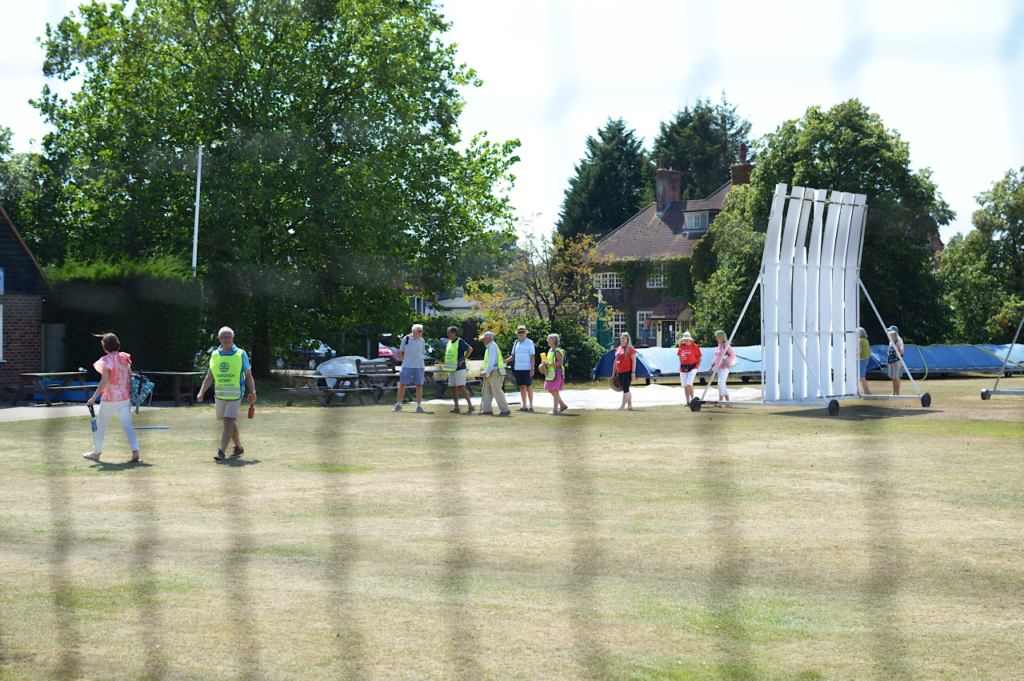 At the end of the walk, John was presented with a medal by Charli Quay-Barnham, a member of Phyllis Tuckwell staff. 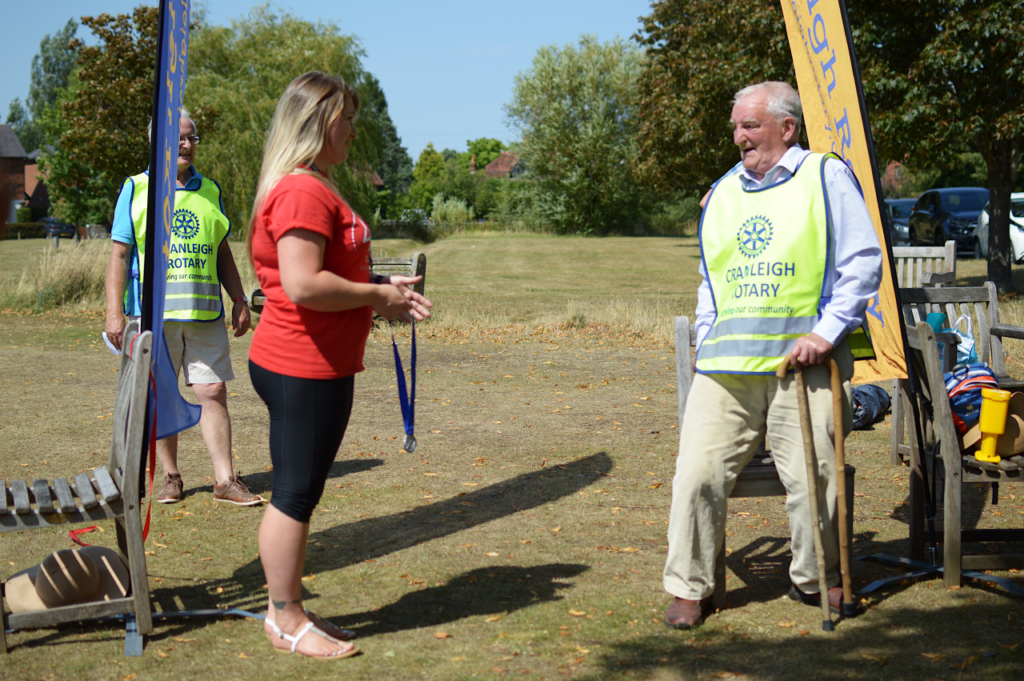 If walking around The Cricket Green was not enough for John, he celebrated his achievement by doing a lap of honour around The Common, at “high speed”, on his mobility scooter. 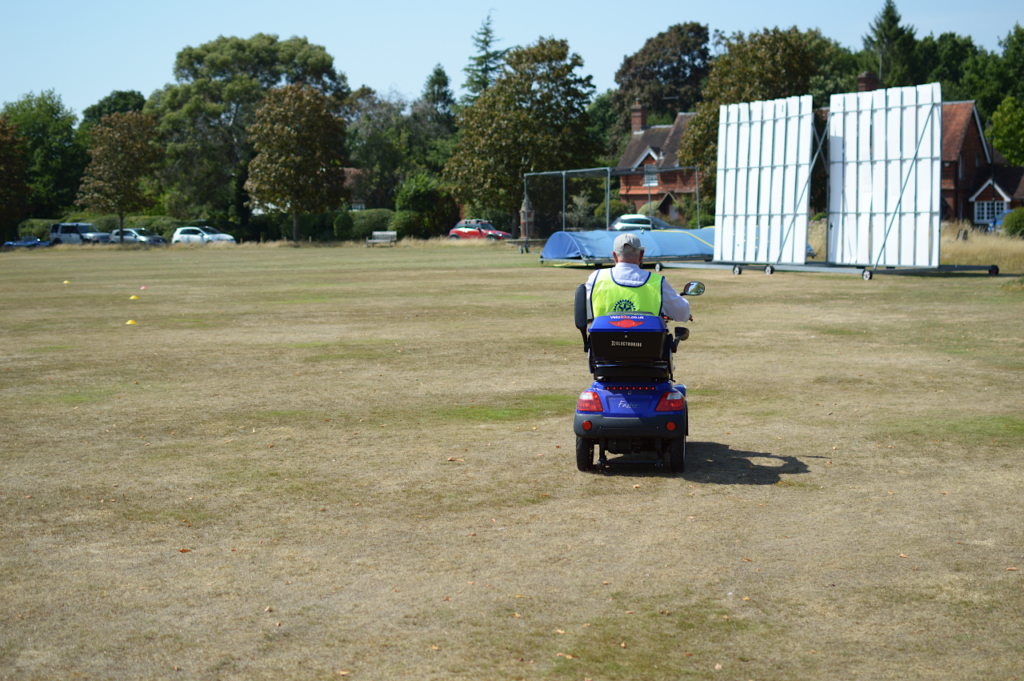 At the end of his sponsored walk, John thanked everyone that had supported him and said he was “Inspired by Captain Sir Tom Moore’s achievement because he had set an example for people like him to follow”.

John added – “In no way am I a captain – I’m just John Menlove, aged 90 and I walk with two sticks and have needed to practise a circuit or two during lockdown”.

The “Quote of the Walk” was made by a young boy watching John walk around the Cricket Green during the first week. When told by the leader of the Cricket Summer School he was attending what John was doing and that he was ninety years of age the boy commented:

“Is he really 90? My grandfather has just had his 70th Birthday and he could not walk halfway round”. 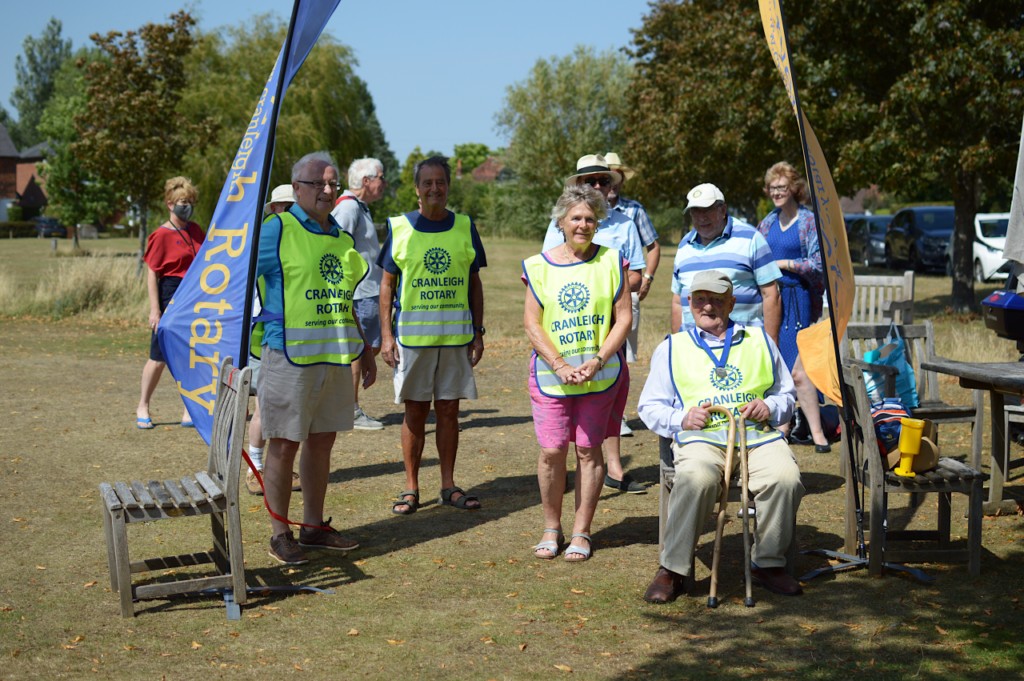