Local residents have raised concerns about the condition of a historic bridge in Cranleigh, prompting fresh fears of a new long-term road closure in the village.

The bridge crossing the Downs Link on Elmbridge Road (B2130) features large cracks in its supporting brick buttresses.

Safety concerns about this bridge were first highlighted by the Cranleigh Society back in 2016.

The bridge is thought to have been constructed in 1865 to carry traffic over the Cranleigh line linking Horsham and Guildford.

More than 20 years ago, the bridge’s width was restricted to a single lane, using a traffic light system to control traffic. However, Surrey Highways did not introduce a weight limit, and the bridge remains in use for heavy goods vehicles, with an increased volume of this traffic due to the ongoing Run Common Road closure.

Following a report by a concerned local resident, new photographs taken by Destination Cranleigh show the extent of damage underneath the bridge. 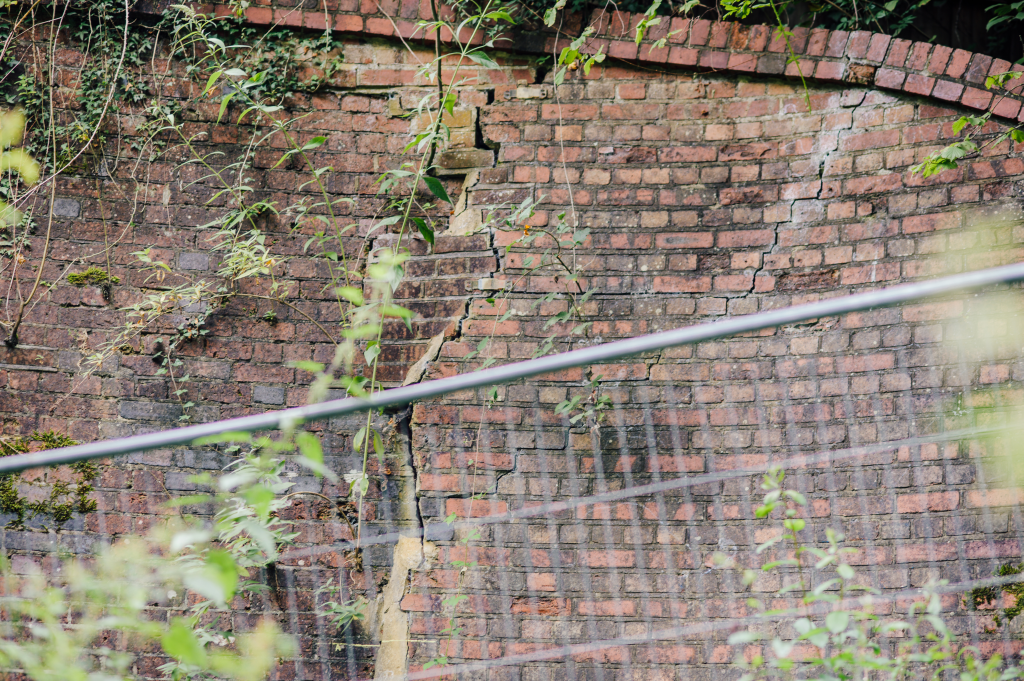 Cllr Liz Townsend, county councillor for Cranleigh and Ewhurst, has been highlighting the growing cracks in the abutments of the Elmbridge bridge to Surrey Highways since 2016. She regularly chases and sends images to them for updates. This year alone, Cllr Townsend has chased Surrey Highways for updates in March, April, June and August.

They have confirmed that the bridge is on their close monitoring programme and that they have been discussing alternative remedial action with their specialists and designers.

In their latest email to Cllr Townsend, Surrey Highways confirmed again that the structure is not currently unsafe and is being closely monitored.

Surrey Highways said they are looking into the causes of the cracks and will have a scheme in place to remedy these, which is likely to be delivered in the next financial year 2022/23. They wrote:

However to re-assure you the Structure is not currently unsafe, we have it closely monitored and should this change we will know about it. We are looking into the causes of the cracks and will have a scheme in place to remedy these which is likely to be delivered in the next financial year (22/23). We have erected some fencing around as a precautionary measure.

Our design team have the issue in hand along with many other schemes for next year so we can effect the best remedial action and make sure the repairs are successful.

The Cranleigh Society will continue monitoring the cracks in this bridge, along with Liz, and will report any deterioration in its condition to Surrey Highways for immediate remedy.