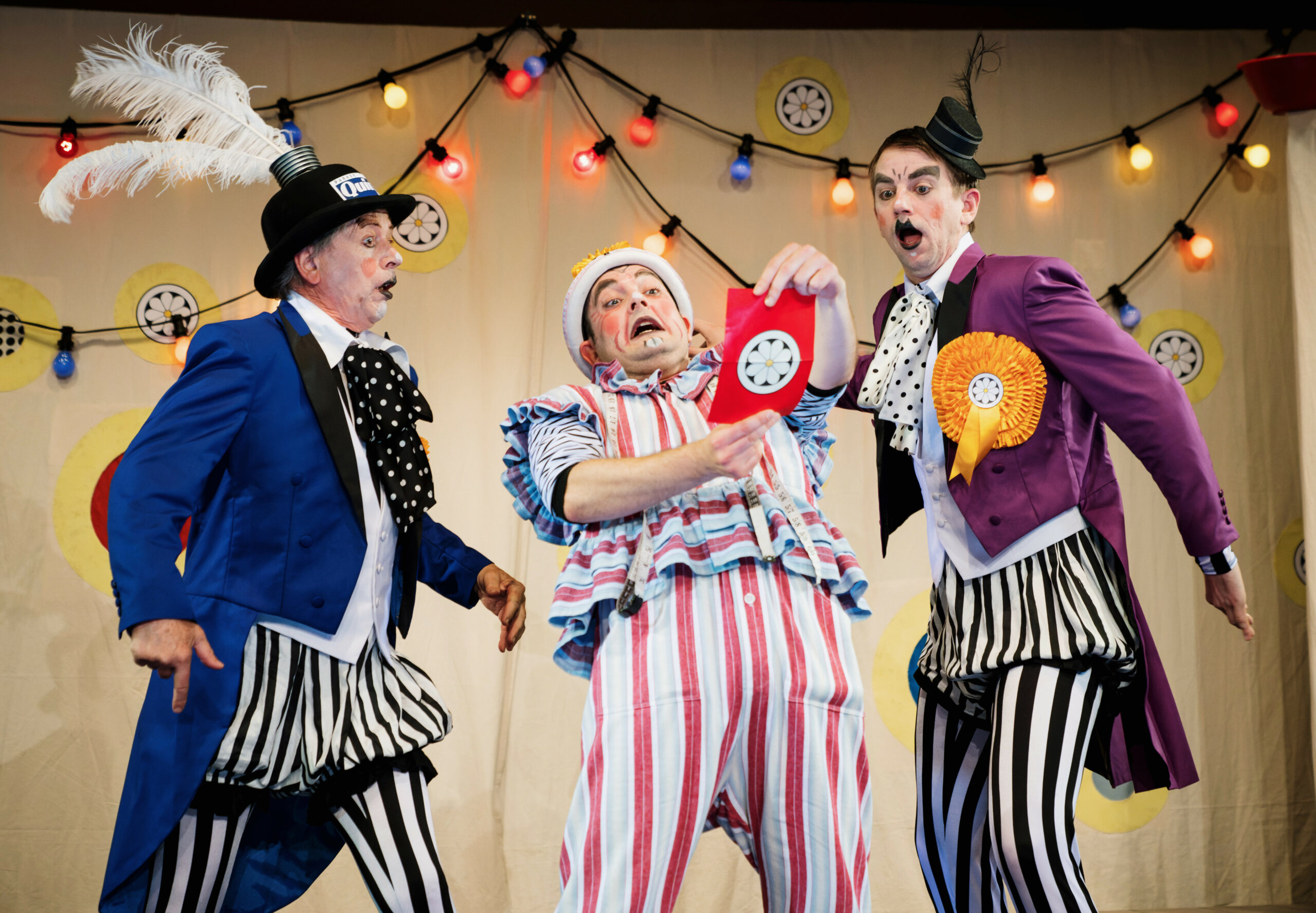 Ahead of a performance of The Mikado by The Merry Opera at Cranleigh Arts on Friday 16th September 2022, we caught up with Matthew Quirk.

Getting started, in a pub?

Matthew set up The Merry Opera in 2006, with the opera company performing for the first production the following year in a Wetherspoon Pub.

It’s the Opera House Pub in Tunbridge Wells, and we’ve been there every year since. It’s still got the boxes, and we turn the thing into a stage. We perform two shows on one Sunday in February.

Falling asleep at the opera

I used to fall asleep going to the opera. I would sit down in the chair, then wake up in the interval. I was never really a big fan and can understand why as people can feel its elitist, pricey and performance in a language they don’t understand. But we’re doing things differently, bringing opera to people who thought like that.

We keep the ticket prices low and visit places that don’t necessarily get professional live opera. We’re trying to build a family, and it’s a very broad church.

We tend to perform what we call a theatre opera, and we take this to local venues, like Cranleigh.

We visited Cranleigh several years ago and performed Handel’s Messiah in the church with 12 singers and the church organ. When we did the dress rehearsal for that one, we thought the director had gone mad. But it works so well. It’s sort of visceral and grabs you. Of course, it’s religious, but it has this resonance with the audience who are so close to the performance.

We do a couple of things differently. We sing everything in English, and we use a lot of comedy, dancing, and gesture. We’re required by the director to create characters that convince the audience rather than stand on stage. In the Mikado, all nine of us have at least two different characters to play. Even the chorus has characters; we don’t just stand there looking goofy.

Fundraising is a full-time job

The quickest way to earn a million pounds with opera is to start with ten million. The trouble is production cost. Many small opera companies do very little rehearsal. We do a lot of rehearsal and relatively few performances. We are open to a much wider variety of charitable donations, grants and funding as a charity. It’s a full-time job trying to raise sponsorship, but our charitable aims to widen the audience for opera help attract funding.

We’ve had 280 singers working for us since The Merry Opera started, 180 have joined choruses in big houses and 38 of them have gone on to international solo careers. We have one chap who first performed with us as a teenager in 2007, and he’s become the most fantastic tenor. Young singers often struggle to find an agent because nobody has taught them the business side of opera.

Our shows are designed to appeal to the audience. We know this works because we get a lot of feedback. We still keep the music and words but give them some life so that people can identify with the characters and see the satire. It’s anything but stodgy. There’s a mix of traditional, so we still appeal to the connoisseurs, but it’s fresh and different. We keep the core of an excellent production with the competence and singing but add The Merry Opera twist.

“What a marvellous performance of the Mikado. It had me smiling from start to finish.”