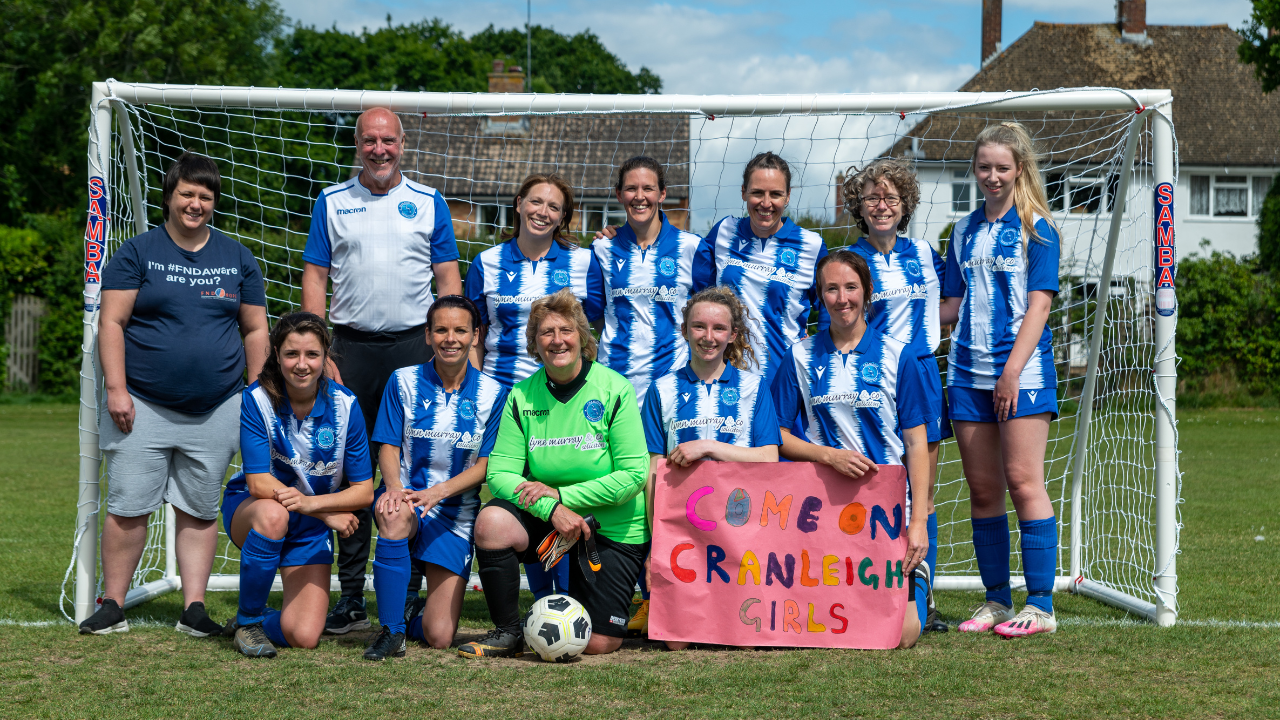 Cranleigh Football Club has announced its plans to enter a team in the Surrey FA Women’s League this year.

Cranleigh FC has grown significantly at the grassroots level for girls’ football, with more than 90 registered players. Until the Club created the Cranleigh FC Women’s Team last year, there was no route to senior football when those girls reached age 16.

Cranleigh FC is delighted with the progress of the new Women’s Team this year and has strong ambitions to play competitive football. With the provision of a new all-weather 3G pitch at Glebelands School and an already committed team of women supporting this initiative, the future is very exciting indeed.

To support the team’s growth, Cranleigh FC wants to recruit players for competitive 11 v 11 matches. Women must be 16 or over and could be moving on from grassroots football to senior football, resuming football after a break, or playing other competitive sports.